If you think you could have a lost pension visit: https://www.moneyadviceservice.org.uk/en/articles/trace-lost-pensions-and-request-pension-forecasts#tracking-down-a-personal-or-workplace-pension

If you want to discuss how pensions can be shared on divorce give Rebecca Kershaw a call on 01405 813108. 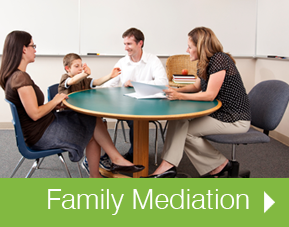 I recently met mediation clients Alice and Craig, who had been separated for eight months. They hadn’t seen each other since the separation, which had been very bitter. They had managed to communicate by text when they had to make arrangements for their children but even that was difficult. It was clear when I met them in their individual assessment meetings that they didn’t really want to mediate because they didn’t want to see their former partner. But they both knew that they needed to sort out arrangements for their children and their finances and neither of them wanted to go to court.

I explained to them that we could start out on a shuttle basis This means they would each be in a separate room and I would move between them. I assured them that this was quite common and lots of separating parents found it difficult to be in the same room.

The mediation started as a shuttle but quite quickly both clients agreed they would like to try being in the same room. This was very emotional for them both. It was the first time they had seen each other since the day of their separation and it brought back many of the emotions of that day. They both expressed some frustration at the other parent and found it very difficult to focus on the arrangements for their children or their finances. They left the session without a firm agreement but with a second session arranged.

A couple of days later they emailed me separately to say that they had found the joint session difficult but it had made them realised that they needed to be able to talk to one another for the sake of their children. They started to talk and when they returned for their second session they were able to focus on reaching  agreements for both children and financial matters.

Afterwards they both said how helpful mediation had been for them, giving them a supportive place to meet up for the first time and to begin to talk.

If you think mediation may help you and your ex-partner start to talk to each other again please call us on 01405 813108 and ask for Rebecca. 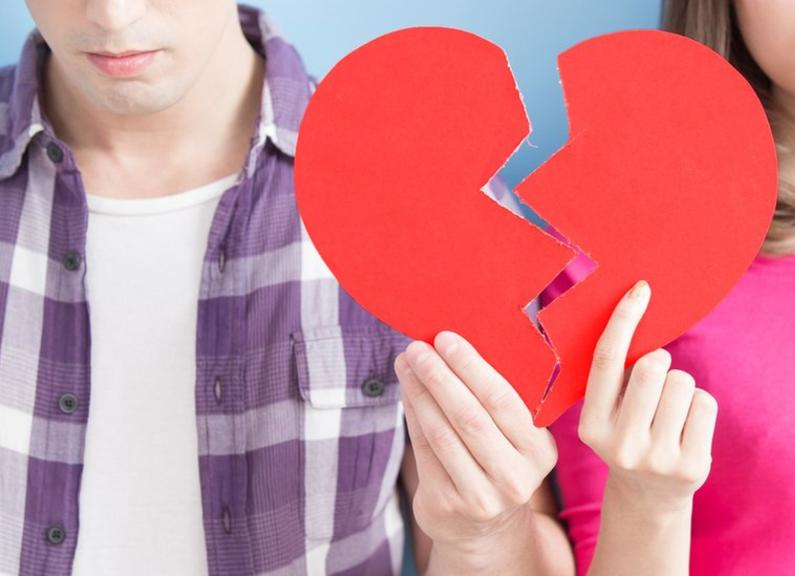 Millions of unmarried couples who live together could be unaware of their rights if the relationship breaks down, a family law group has warned.

The number of unmarried couples living together has more than doubled from 1.5 million in 1996 to 3.3 million in 2017.

Resolution chairman Nigel Shepherd said under current law, it was possible to live with someone for decades – and have children together – but not take responsibility for the former partner if the relationship breaks down.

The ComRes poll of 2,000 UK adults, by Resolution, found 84% of people thought the government should take steps to make sure unmarried cohabiting couples knew they did not have the same legal protection as married couples.

Of these respondents, 281 people were in a cohabiting relationship – two-thirds of which thought they were common-law married.

A further four in five cohabitants believed that the legal rights surrounding cohabiting people who separate were “unclear”.

If they have children, each cohabiting partner will still have the legal rights and responsibilities of a parent.

Resolution, which represents 6,500 family practitioners, said it had seen an increase in the number of cases involving cohabiting couples.

Some 98% of Resolution members report having worked with a couple who they say they could not help due to the lack of legal protection.

Call Rebecca on 01405 813108 to discuss how we can help draw up a Cohabitation or Separation Agreement to protect you. 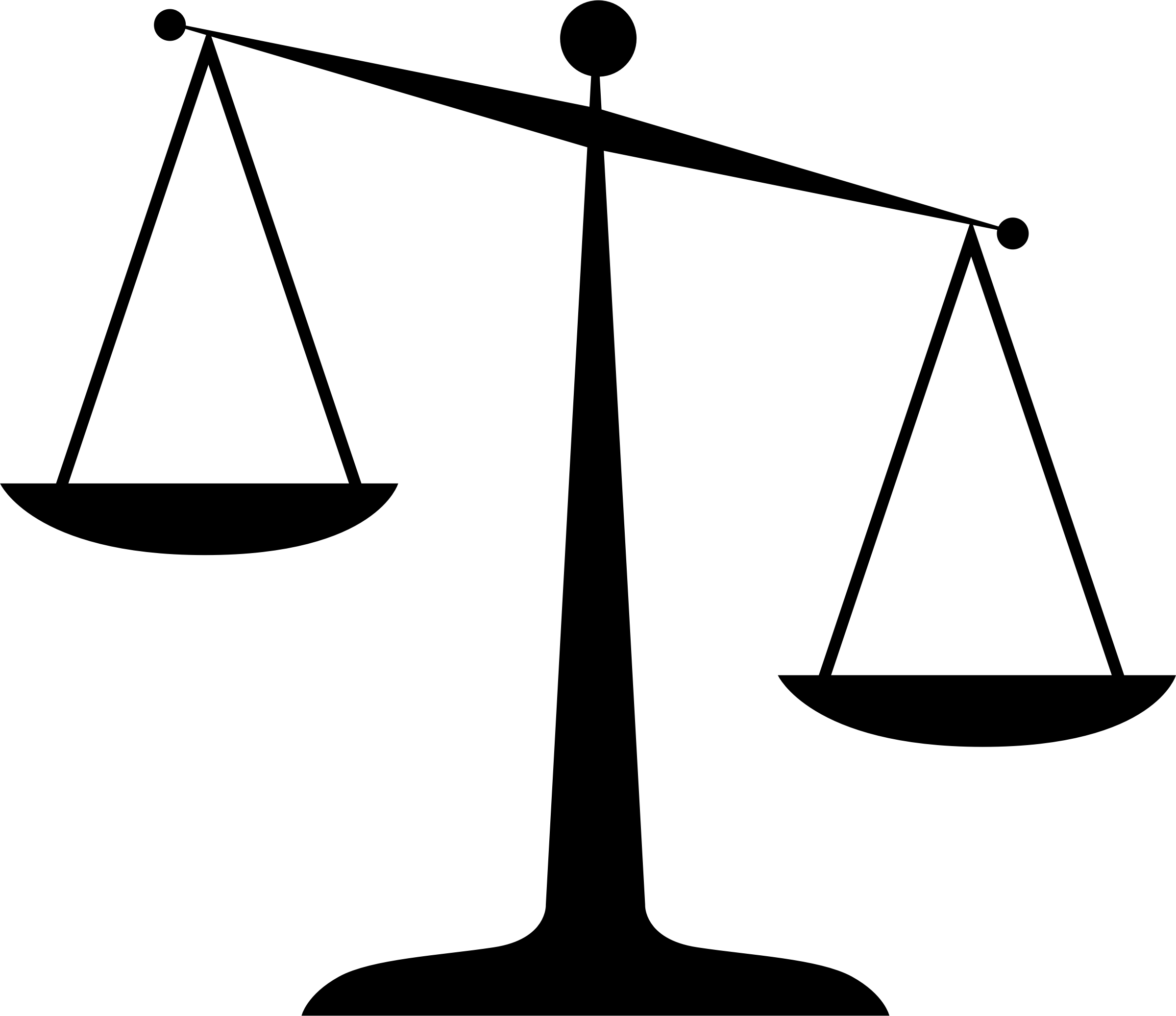 The Ministry of Justice have announced a consultation to assess whether access to justice has been restricted by the cuts to legal aid. As many will know, Legal Aid is no longer available for such areas as divorce and applications for contact to children. This has meant that many people are struggling through court proceedings without any legal advice or support.

The justice secretary, David Liddington, has committed his department to review the deep cuts imposed in 2012. The long-anticipated consultation will run into next year and views are being sought from a wide range of bodies involved in the legal system, such as family law group, Resolution and the Law Society.

Family mediation at KSandC will once again be supporting Mediation Awareness Week, which takes place this year between 7th and 14th October.  The week aims to:

More information and details of events around the country can be found on the website: http://www.mediationawarenessweek.uk/

Our mediator at Kenyon Son and Craddock is Rebecca Kershaw and she can help you sort out arrangements for your children and your finances. Legal Aid may be available to help with the costs of your mediation.

The Court of Appeal recently considered whether matrimonial assets should always be shared between the parties on an equal basis on divorce, no matter what the length of marriage. In the case of Sharp and Sharp the parties were both in their early 40s and had no children. The marriage, including 18 months of pre-marital cohabitation, lasted for some 6 years. The wife was a City trader while the husband was employed by an IT company. In the early years of cohabitation, the parties’ respective basic salaries were similar, around £100,000. However, the wife received annual bonuses that totalled £10.5m during the marriage while the husband’s bonuses were trivial. In November 2012, the husband took voluntary redundancy. Whilst there was no “deliberate and agreed intention” to maintain strict separation of their finances, there were several significant aspects of their financial arrangements. Some of the factors picked out by the judge were: the splitting of restaurant bills and household utility bills between the parties; the fact that the husband did not know the details of his wife’s bonuses, and the wife’s gift of three cars to the husband.

The court decided that the approach taken in an earlier case, of Miller, was the right one.The “inescapable conclusion” was that in relation to “short, childless marriages, where both spouses have largely been in full-time employment and where only some of their finances have been pooled” fairness may require departure from, rather than a strict application of, the equal sharing principle. This departure may occur via “a reduction from a full 50% share or the exclusion of some property from the 50% calculation”.

The husband’s claim was limited to a 50% share of the jointly owned properties and a ‘modest’ lump sum to reflect three factors: (i) the standard of living enjoyed during the marriage; (ii) the need for a modest capital fund to live in the property the husband was to retain; and (iii) some share in the assets held by the wife.

How the case is applied in the future will have to wait for other cases to be decided but the uncertainty of the court’s approach may mean more couples enter into pre-nuptial agreements.

If you wish to discuss pre-nuptial or other family agreements give Rebecca Kershaw a call on 01405 813108.

A 66-year-old woman has failed in her ‘extraordinarily unusual’ court appeal to divorce her husband of forty years.

Tini Owens appealed the decision after a family court refused to grant her a divorce petition last year. But the appeal judges, led by Sir James Munby who is the most senior family court judge in England and Wales, upheld the original ruling meaning Owens must remain married to her husband Hugh.

A barrister representing Mrs Owens told the appeal court that the ‘’vast majority’’ of divorces were undefended in 21st century England.Philip Marshall QC said it was “extraordinarily unusual in modern times” for a judge to dismiss a divorce petition.

Mr Marshall said Mrs Owens’ case was that her husband had behaved unreasonably and that the marriage had irretrievably broken down, leaving her feeling “unloved, isolated and alone.”

Hugh Owens contested the case, claiming they still had a “few years” to enjoy

He also claimed he had “moved on” and “forgiven” his wife for having an affair in 2012.

Barrister Nigel Dyer QC, who represented Mr Owens, said Mrs Owens had not established that the marriage was irretrievably broken.

Friday’s ruling means Mrs Owens will have to remain married, though she will be eligible for a divorce after five years of separation, even if her husband objects.

Sir James said: “Parliament has decreed that it is not a ground for divorce that you find yourself in a wretchedly unhappy marriage, though some people may say it should be.”

In order to deal with a person’s estate following their death it is usually necessary to obtain a Grant of Probate or Grant of Letters of Administration.   The current fee payable to obtain the Grant of Representation (‘the Grant’) is £155 if the application is made through a solicitor, or £215 if made personally.

The work involved for the Court Service to process an application for a Grant is the same whatever the value of the estate.

The Government carried out a consultation exercise and the vast majority of responses opposed the proposed increased fees on the grounds that increases of that amount were unnecessary to fund the service provided and amounted to another form of taxation.

We believe that the proposed increases are unfair and could lead to hardship for people at a difficult time.  If you agree please sign the petition to reconsider these proposals following the link below.

We need 100,000 signatures to get the proposals debated in Parliament. Otherwise they are almost certain to be approved.

A barrier to victims of domestic abuse accessing legal aid has been removed by the Government. Until recently there has been a time limit of five years on the evidence of abuse needed to obtain legal aid. That time limit has now been removed completely so that if you have evidence that you have ever been a victim of domestic abuse you may be entitled to legal aid for related family cases.

The changes were welcomed by the Law Society who have been campaigning to remove the time limits. A spokesperson said, “These changes will help domestic violence victims who have previously been deprived of valuable legal advice, support and representation to access essential family law remedies.”

If you are or have been a victim of domestic abuse and need help with sorting out arrangements for your finances or children give our family department a call: Rebecca at Thorne 01405 813108 or Jean at Goole 01405 720850. 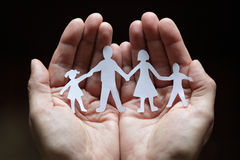 Here at Kenyon Son and Craddock we know that it’s sometimes useful to have some information before you come to see us. One of the most useful websites we have found for separating parents worried about child maintenance is the Child Maintenance Options website, which you can find here  http://www.cmoptions.org/

Child Maintenance Options is a free service that provides impartial information and support to help separated parents make decisions about their child maintenance arrangements. On the website you can find out about family based arrangements, calculate maintenance with the online calculator and find lots of useful links to help you navigate your separation.

Once you’ve done your research we can help you draw up agreements or advise you on the next step along the road of your separation. Whatever stage you are at give us a call and arrange a free information appointment on 01405 813108 (Rebecca at the Thorne office) or 01405 720850 (Jean at the Goole office)